Lisa Anselmo is an author, branding expert, speaker, and coach. She has spent most of her professional career in magazine publishing in New York City, working on such iconic brands as Allure, InStyle, and People, the largest magazine brand in the U.S. In 2014, she left her “day job,” and now lives (mostly) in Paris where, when she’s not hanging out in cafés, she’s writing and coaching. Her experiences inspired the memoir My (Part-Time) Paris Life: How Running Away Brought Me Home, (Thomas Dunne Books/St. Martin’s Press), a candid narrative of a woman searching for hope and healing in the city she loves after the death of her mother from breast cancer. She has been featured in New York magazine, Travel and Leisure, Bustle, House Hunters International, Expatriates Magazine among others. More press, here.

Lisa also is the co-founder No Love Locks, an organization that works with the mayor’s office to protect historic structures in Paris devastated by the “love locks” tourist trend. Lisa, along with her co-founder, the late writer Lisa Taylor Huff, has been interviewed by hundreds of international media outlets, most notably BBC, CNN, New York Times, Wall Street Journal, The Today Show, The Guardian, Al Jazeera, Associated Press, RTL, Le Parisien, and Le Monde.

A true flaneuse, Patty, along with our editorial director, Lisa, enjoys spending (a lot of) time in cafés. She recently realized that about half her photos are of the world as seen from her terrace table. Her photos—and her flaneur‘s POV—will be gracing these pages.

Patty, a former credit union CEO who hails from Kansas City, chucked it all to live the dream in France. An advocate for expanding horizons through travel, Patty now she splits her time between Paris and Nîmes, and is a master of vacation logistics and planning.

For more than 20 years, storyteller Edith de Belleville worked as a lawyer, but at age 50, she decided to follow her passion—her love for the city of Paris—going back to study at university to become a licensed tour guide. She’s an expert in French history and literature, and her tours are some of the most intriguing you’ll ever experience.

As a parisienne, Edith has always been interested in the stories of other parisiennes from the past, such as Christine de Pisan, Madame de Montespan, Josephine de Beauharnais, George Sand, and Sarah Bernhardt. Her new book, Belles et Rebelles (Erick Bonnier) profiles these extraordinary women, and many more you may not know, who have had a hand in transforming Paris into the city we know today.

David Downie is a multilingual Paris-based American nonfiction author, crime novelist, and journalist who writes most often about culture, food, and travel. His articles have appeared in about 50 publications, print and online, including The Los Angeles Times, San Francisco Chronicle, Bon Appétit, Gourmet, Gastronomica, The Art of Eating, Australian Financial Review, Salon.com, Epicurious.com and Concierge.com. His books on Paris and France include, Paris, Paris: Journey into the City of Light, Paris to the Pyrenees: A Skeptic Pilgrim Walks the Way of Saint James, and A Taste of Paris: A History of the Parisian Love Affair with Food. His novel, The Gardener of Eden, was released this year. David has his own Wikipedia page, here.

Janet Hulstrand is a writer, editor, writing coach, and teacher who divides her time between France and the United States. She is the author of Demystifying the French: How to Love Them, and Make Them Love You, and she writes frequently for Bonjour Paris, France Today, France Revisited, as well as for her blog Writing from the Heart, Reading for the Road. She created and has taught “Paris: A Literary Adventure” in Paris for the City University of New York nearly every summer since 1997, and in 2008 she began offering “Writing from the Heart” workshop/retreats in Essoyes, a village in Champagne.

Janet is co-author of the book Moving On: A Practical Guide to Downsizing the Family Home, and the blog Downsizing the Home: Lessons Learned. She is currently working on her next book, a memoir titled A Long Way from Iowa.

Discover her world at JanetHulstrand.com

French property expert and HGTV personality, Adrian Leeds, is also an  author and marketing/communications expert. She arrived in Paris in 1994 with more than 21 years of experience in marketing and public relations, not to mention a daughter. In her need to survive in the City of Light as a single mother, she created a variety of businesses devoted to assisting other expats in their quest to fulfill their dream to live in France. Her company, the Adrian Leeds Group, is a licensed real estate agency offering complete property consultation services primarily for North Americans and other Anglophones wanting to live and/or invest in France. 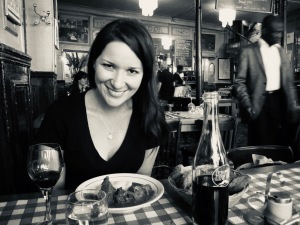 Janice MacLeod, best known as a Paris artist, is the New York Times best-selling author of Paris Letters, a book based on the creation of an illustrated letter-writing service of the same name. She is also the author of A Paris Year, a travel journal about Paris, which was named one of USA Today‘s top most beautiful books.

Janice hails from Canada and spent several years as an advertising copywriter in Toronto and Los Angeles. Her award-winning advertisements have garnered praise from Fortune 500 companies around the globe.

Janice and her family reside in Port Dover, Canada, and live in Paris part of the year. 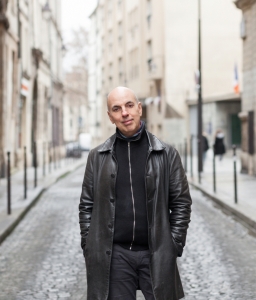 Filly di Somma is a hospitality professional who lives between Rome and Paris. She grew up in her family’s hotel business in Castellammare di Stabia, and hospitality is in her blood. She has dedicated her career to bringing people of different cultures together via tourism, and organizes cultural events such as Paris Hospitality, Discovering Japan in Paris, Social Writing, and Paris Italian culture. Filly speaks five languages including Japanese, and is also a travel journalist, contributing regularly to Where Rome, among others.

Amy Thomas is the author of three books including Paris, My Sweet: A Year in the City of Light (And Dark Chocolate) and its follow-up, Brooklyn In Love. For two lucky years, she got to call Paris home. She now resides in Brooklyn as a freelance writer, covering food, travel, and parenting.
Follow Amy: Instagram | Twitter

Want to contribute an article, photo, or video? Here’s how.

Articles by Topic or Author